We would like to offer our sincere support to anyone coping with grief. Enter your email below for our complimentary daily grief messages. Messages run for up to one year and you can stop at any time. Your email will not be used for any other purpose.

Share a memory
Obituary & Services
Tribute Wall
Donations
Read more about the life story of Roy and share your memory.

Roy was born in Forrest City, Arkansas, in August 1949. He was preceded in death by his parents Glenn and Gracie Masengale. He is survived by his beautiful wife of 46 years Carol; their daughter Lisa; siblings Glenn, Gracie LaVerne, and Larry; and numerous nieces and nephews and their children.

Roy’s family lived in various cities during his childhood, primarily Memphis, but eventually moved back to Forrest City. After graduating from Forrest City High School in 1967, Roy attended undergraduate school at Arkansas State University. He received an Army ROTC scholarship his last two years and was commissioned in the Army upon graduation in 1971. The Army allowed Roy to attend law school under its Excess Leave Program. Out of hubris or naivete (probably the latter), Roy only applied to one law school.  Fortunately, he was accepted into law school at Memphis State University (now the University of Memphis). While there, Roy was an editor of the law review. During summers, Roy returned to active duty and was assigned to the legal office at Pine Bluff Arsenal near Pine Bluff, AR.

Upon graduation from law school in 1974, Roy spent the summer studying for and then taking the Tennessee bar examination. After taking the bar examination, Roy returned to active duty and was assigned to attend the Judge Advocate General’s (JAG) school basic course at the University of Virginia.

After completing the basic course, Roy volunteered to be stationed in South Korea. He was there 13 months, spending 6 ½ months as a prosecutor and 6 ½ months as a defense attorney.  While in Korea, Roy became acquainted with several female Army nurses. As a result, Roy was invited to attend the closing ceremonies of the last Mobile Army Surgical Hospital (MASH) unit.

From Korea, Roy was assigned to Fitzsimmons Army Medical Center in Aurora, CO, a suburb of Denver. While there, Roy was introduced to Carol. Surprisingly, Carol was not a nurse; she was a recruiter who happened to live at Fitzsimmons. They were introduced by a mutual friend but did not really get to know each other until after Carol was hospitalized and diagnosed with MS. They fell in love and were married in December 1976.

Concerned that Carol could not move as often as the Army would require, Roy resigned from the Army and accepted a job with East Arkansas Legal Services in West Memphis, AR. Unfortunately, the summers proved to be too hot for Carol because of her MS. Roy accepted a job as a contract law attorney at Fort Lewis, WA. In addition to his duties as a contract attorney, Roy was an Ethics Counselor and provided fiscal law advice. He also was an alternate labor counselor. In that role, he never lost a case (OK, he only had one case as a labor counselor).

Roy retired from Fort Lewis in 2007. This gave him time to read more and work around the house. Carol and Roy were also able to do some traveling. Roy also worked at Trinity Lutheran Church, doing yard work and other odd jobs. He also served on the Church Council and was elected Vice President, then President of the congregation. After the COVID-19 pandemic began, Roy worked at the Trinity food bank 3-4 days a week until he was diagnosed with cancer in March 2021.

Roy was on and off chemotherapy until September 2022 when it became apparent chemotherapy was no longer working. Roy died on November 10, 2022 at Madigan Army Medical Center.

In lieu of flowers, please make a donation to the Salvation Army or the American Cancer Society.

To send flowers to the family or plant a tree in memory of Roy Leon Masengale, please visit our floral store. 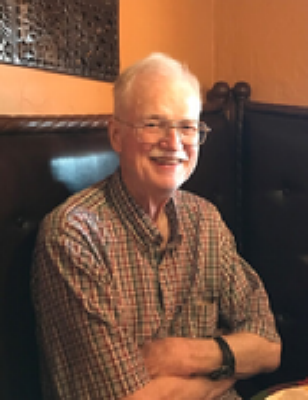 In Loving Memory Of

Look inside to read what others have shared


Family and friends are coming together online to create a special keepsake. Every memory left on the online obituary will be automatically included in the book.

You can still show your support by sending flowers directly to the family, or by planting a memorial tree in the memory of Roy Leon Masengale